The internet is many things — it’s the place where a huge percentage of marketing takes place, but it’s also an untamed landscape where every day brings a new crop of transcendent, foolish and transcendently foolish content.

Can you marry these two worlds? Can memes live in harmony with your well-designed and sensible content marketing strategy? They can, provided you don’t go overboard, and understand the context around what you’re doing.

It’s tempting to assume that because memes are silly, you can quickly toss them together and tweet them out for clicks and views. That strategy could backfire, though. After all, people who are online a lot — so, just about everyone — will recognize the “right” and “wrong” ways to use these images.

Depending on how trend-savvy your target audience is, an older meme or one reposted or assembled carelessly could show your brand to be out of touch. It’s also worth remembering that the internet is a place where some truly unsavory speech goes on. Not realizing the history behind an image could end in a humbling social media apology for using offensive content.

Memes, applied to your content marketing strategy, can be the perfect flavoring for your more substantial social media marketing content. Just as you wouldn’t use a bowl of sugar as a main course, you don’t want memes to take over your brand voice — but they sweeten the overall mixture and keep people interested.

But first, let’s get back to basics. When we talk about content marketing with a meme, what do we mean?

Memes, images that are widely reposted and used to convey meaning, have become a building block of digital culture. Merriam-Webster took a stab at defining how the word “meme” came to define those images. The term goes back to the 70s, and Richard Dawkins’ The Selfish Gene — the book described memes as ideas that catch on and spread.

Describing goofy pieces of viral content as memes began as early as the late 90s, and this meaning had taken over by around the turn of the 2010s. Merriam-Webster canonized the word’s new role in 2015.

The standard format of an internet meme, in the captioned-image sense, is a picture that signifies a feeling labeled in a way with which people will grasp. Maybe they recognize where the image is from, perhaps it’s just amusing or evocative. Either way, it now means something new.

Some memes stay in circulation for years, while for others, diminishing returns set in almost immediately. The extremely online members of the audience will likely scoff at anything even slightly out of date, but that doesn’t mean those posts are worthless. Some topics spin off one meme after another, year after year. And when I say “some topics,” I mean Spongebob SquarePants. That show must have come along at just the right time. But that’s another article entirely.

Making variations on these widely shared images has become easier over the years — for this article, I’ve used the meme generator on Imgflip to pair text with common meme template formats. There’s nothing stopping you from taking a similar approach.

Using a meme as content for marketing is a natural next step once you’ve learned to generate these posts. After all, your goal as a content marketer is to draw eyes to your brand and get attention. Speaking the lingua franca of the internet seems perfect. So begins the marriage of meme and marketing into meme marketing. 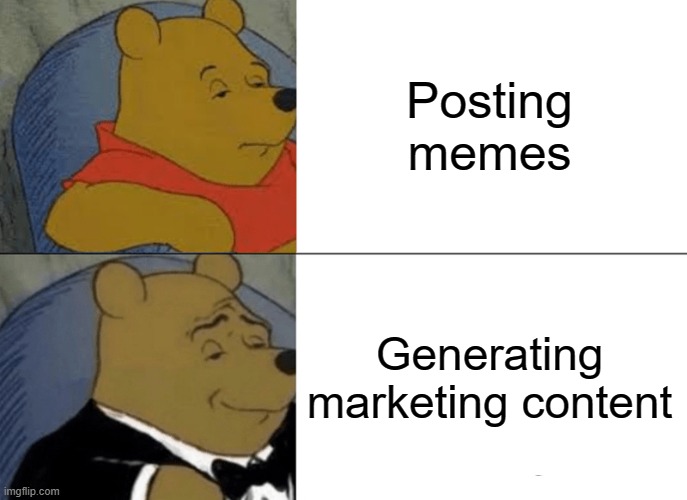 As an introduction to using memes for marketers, you can go back and check out our favorite SEO memes for inspiration. The mere fact that there are captioned images about search engine optimization shows the wide variety of topics you can discuss in meme form.

OK! Are you ready to start using memes in your content strategy? Don’t answer right away! It’s a little more complicated than it seems.

Admittedly, it may seem very, very simple. Just slap some text on a trending meme and post it to social media. But that’s not the whole story. Remember, we’re content marketers, and we can’t unlearn everything just because we’re in the land of captioned cats and Spongebob Squarepants.

Here are a few tips on creating content that uses memes: 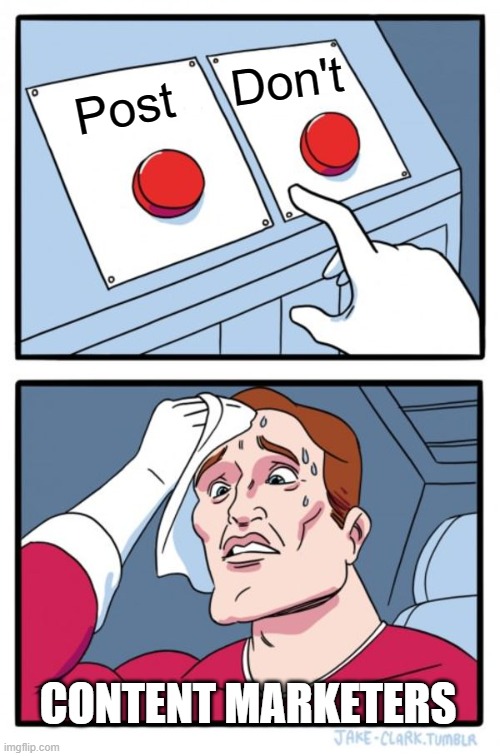 Turning every trending meme into a branded post isn’t necessary. Even if you’ve established a fun tone in your social media strategy, you can afford to pass some up. Getting a good reaction to one post could lead to a too-quick follow-up or a post trying too hard to make a meme match your message.

Take good matches between meme and brand when they come up, and let bad matches pass by. You may feel like you’re missing an opportunity, but that beats “posting cringe.” 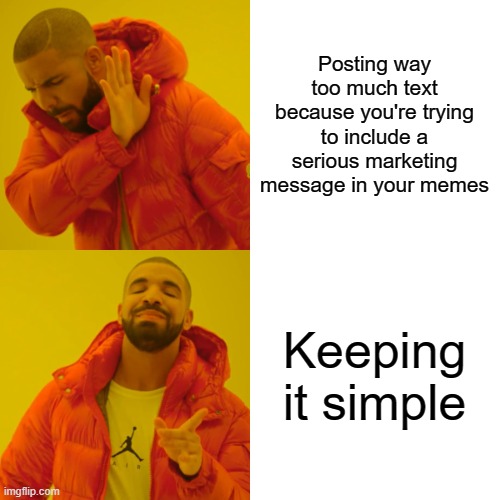 Treating memes as regularly scheduled parts of your content marketing strategy — that is, keeping them relentlessly on-message and including a ton of information — can lead to big, unwieldy posts that just don’t work.

Memes in your brand’s Facebook or Twitter feed every once in a while can keep things light, but they’re not load-bearing pieces of your content strategy. Let’s face it, that weight of expectation is too great for such goofy content to bear. 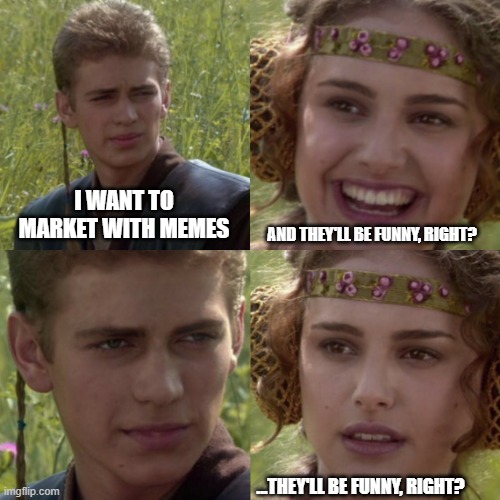 This ties in with point No. 2, but is worth stating on its own. Memes, at their best, are funny. They’re absurd. They’re jokes. Trying to make a salient or incisive point with them is a near-impossible needle to thread.

Using a meme as part of a serious discussion of the issues is in the spirit of topical editorial cartoons. You may think that’s a reason to try it, but take a moment to ask yourself: When’s the last time you enjoyed an editorial cartoon? There are dozens of useful marketing content varieties that can express your brand’s values. Memes can just be humorous. 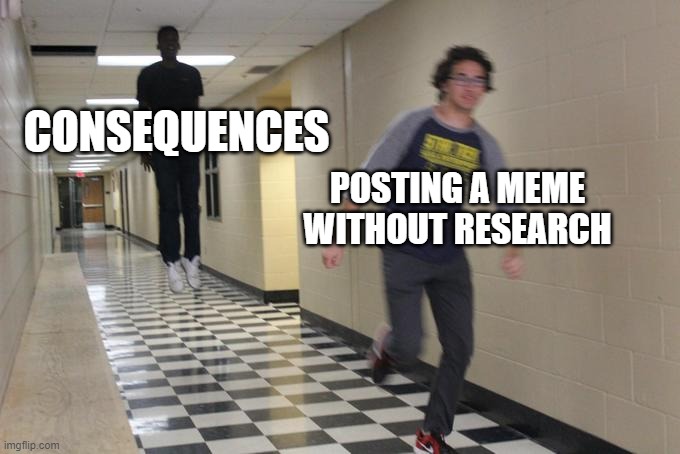 Before you post a piece of trending content, you should know your meme… or at least visit Know Your Meme. Doing some research can stop you from having to backtrack later if you’ve accidentally started to participate in a trend with a less-than-wholesome origin. This is the internet we’re talking about. Anything can and does happen there.

The temptation to be first, and to post something while it’s still topical, is strong. After all, jumping on a trend that has faded away is a bad look, and the cycles seem to move faster than ever these days. With that said, in some cases, it’s best to go back to point No. 1 on this list and let the opportunity pass. The clicks aren’t worth the risks. 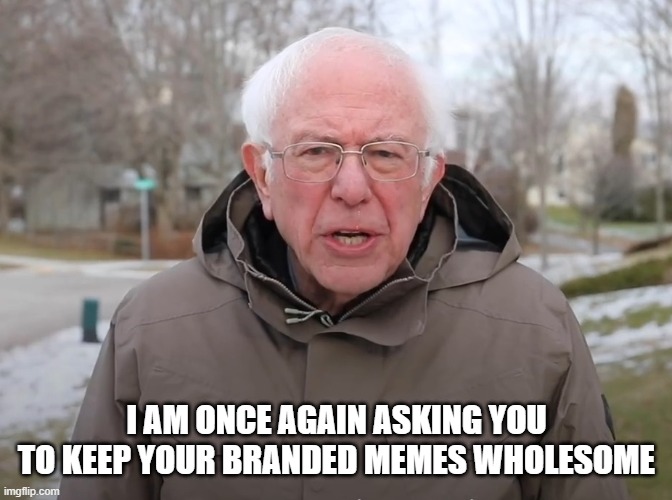 Kindness and digital culture don’t always go together, but when you’re posting for your brand, they should. Taking shots with your meme-powered marketing messages may seem like it’s all in good fun, but if someone gets offended, that can be a PR problem for your company. People will notice the logo on the Facebook or Twitter account that posted the offending content, and they’ll take screenshots of the incident.

If there’s even the slightest risk that your post is punching down at any person or group, rethink it. Keeping things light and fun is the rule of the day when it comes to funny marketing posts. This isn’t a very edgy approach to marketing, but it’s also good common sense. Imagine how it feels to be insulted by a meme posted by a company. Would you inflict that on anyone? No way.

What It All Memes

You may have noticed a trend among these tips. They’re more don’ts than do’s. Does this mean we’re telling you not to use trending memes for content marketing? Certainly not. It just means we’re looking out for your brand, and there are plenty of risks that come with getting it wrong.

Let’s face it: When you google “branded memes” or “memes about marketing,” the results aren’t encouraging. Working with a fast-moving, user-generated type of content with its own logic has some real, foreseeable challenges. If you keep those challenges in mind, you can score some social media victories among your core audience. If not? You may stumble into trouble.

A well-deployed meme is a momentary journey back to the goofy, anything-goes energy of the early World Wide Web. Can that help your brand create a good impression? In the right circumstances, it sure can.

Now, the rest is up to you. 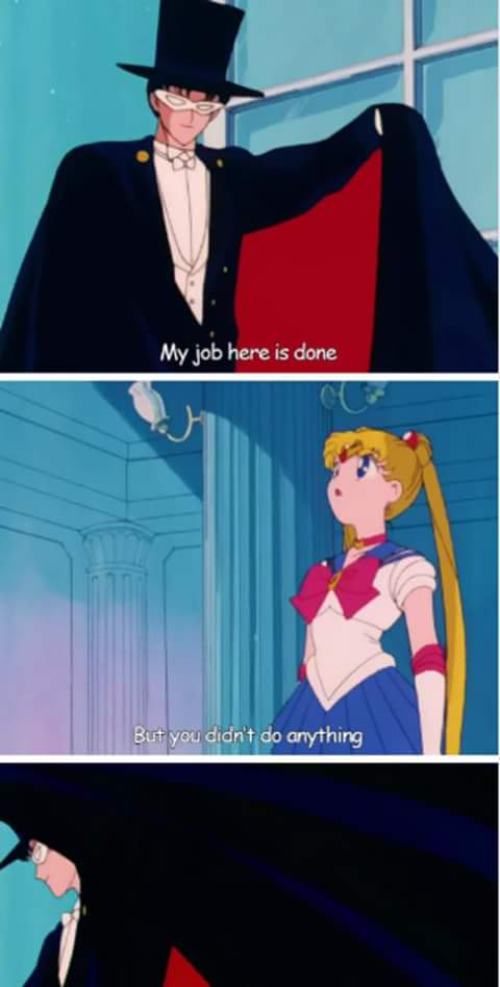 Why You Need Infographics in Your Blog Posts | Brafton

Do You Make These 11 Common Grammar Mistakes? – Copyblogger