Reddit is trying out a new promotion type within the app, with a first-of-its-kind partnership on creative platform avatars, to celebrate the launch of the new Netflix series based on the League of Legends franchise.

“Today, we’re launching Reddit’s first-ever avatar partnership, in collaboration with Riot Games. The character avatars are themed to the new League of Legends animated series, Arcane, debuting on Netflix on November 6th. The first two League of Legends avatar creations – Vi and Jinx – are now globally available to redditors, with more character creations coming on a weekly basis, as they appear on the show.”

Which is an interesting tie-in, with the launch of new avatars in the set timed to their appearance in the show. That could help improve active engagement, and build hype around the program, with new character depictions appearing over the coming weeks, helping to pique user interest.

League of Legends is hugely popular, with over 115 million people, on average, playing the online game every month. On Reddit, more than 5.4 million people are members of the most popular League of Legends subreddit, so it makes sense to try out the new campaign type on Reddit specifically, with a view to building hype around the new Netflix program.

“To see the new League of Legends avatar creations today – look on your Reddit profile (via the side-drawer drop-down menu) and check them out in the avatar builder! As with all our features, we will continue to work closely with Reddit communities on improving avatars and making updates.” 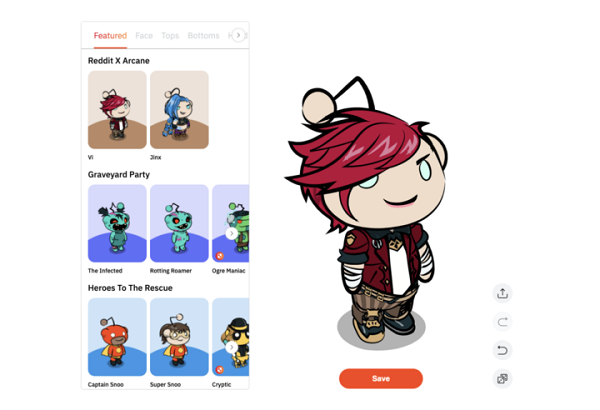 The campaign could also open the doors to all new Reddit campaign options, with users able to engage with different programs and launches via custom Reddit avatar features. Social media avatars are getting more focus at present, amid the rise of NFTs, and as digital identity becomes a more critical element, within the evolving metaverse push, we could see more initiatives from Reddit which focus on custom avatar additions, aligned with paid promotions in the app.

It’s not there yet, but it could be a future consideration, depending on how this initial collaboration works out.

You can read more about Reddit’s League of Legends campaign here.